Last weekend I finally got the chance to do something that I've been wanting to do for a while - attend a Clandestine Cake Club event!

You may have heard of these as the profile of the Clandestine Cake Club has been on the rise recently following a number of television appearances by Cake Club members and in particular the founder of the CCC, Lynn Hill. Events are also being regularly covered by newspapers and magazines both locally and nationally.

For the uninitiated though, the idea is a very simple one. A cake enthusiast decides to host an event, a location is found and the invitation to join in is thrown open to anyone who fancies coming along (subject to availability - more and more events are filling to capacity well in advance). Participants then make a cake and bring it along, with a guest aswell if they like. On the day itself the cakes are shared and discussed (but never judged!) and a good time is had by all.

As I mentioned above, I've been wanting to attend one of these events for ages but haven't been able to so I was very happy to hear that a date had been announced for a Cambridge meet on a day I was actually free.  This particular event was hosted by Miss Sue Flay of The Secluded Tea Party fame and she found us a great location in the heart of Cambridge at the La Tasca Tapas Bar, who were very helpful and accommodating. 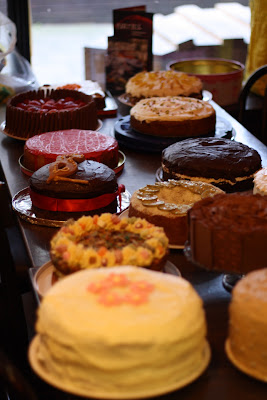 I was one of the first to arrive and was tempted straight away by the fabulous cakes already waiting on the table.  More and more people arrived with more and more cakes until we eventually had about seventeen gorgeous cakes (I lost count!) lined up on the table.  Somehow we all managed to be very polite and not dive in straight away but once everyone was there and we were told to dig there was no holding back! 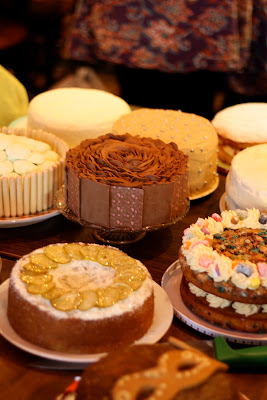 As much as I would like to have tried every cake that morning my stomach frustratingly started to complain about being full after the first three slices.  I pushed on though and eventually managed about five slices, although by the end they were considerably smaller than the first one!  No matter though as there was still a vast amount of cake left at the end which we all shared out and took home with us. I'm afraid I can't remember all of the different cakes we had to choose from but some of the highlights were Caramel Cinnamon, Chocolate Beetroot, Chocolate & Strawberry, Chocolate Marmalade, Coffee, Carrot & Walnut, Miss Sue Flay's Tuck Shop Layer Cake (as seen on The One Show!), Pistachio & Rosewater and Coconut.  I had a very happy couple of days sampling the leftovers! 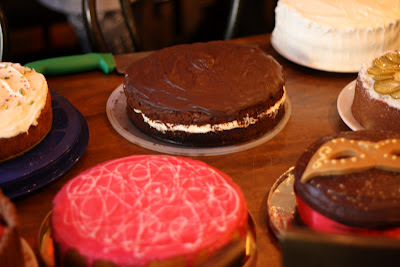 It really was a fun and sociable morning eating, drinking and chatting to like-minded people about cake.  A special mention must go to the guest of honour, Lynn Hill herself, the founder of the Clandestine Cake Club, who had come all the way down from Leeds to join us.  It was lovely to meet her and she had some great cakey stories to share with us. 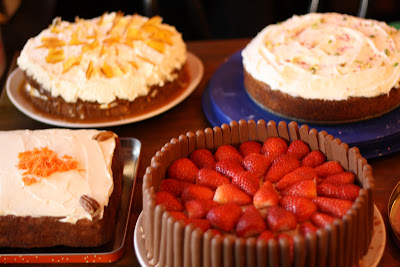 Anyone interested in attending a Clandestine Cake Club event, or even hosting one, should start by visiting the CCC website where you can find more information about the club and an extensive list of upcoming events.

And what cake did I make? Well, I decided to go with an old favourite - Nigella's Courgette Cake with Lime Curd filling - and then went to town adorning it with white chocolate fingers and lime marshmallows.  I think it turned out pretty well! 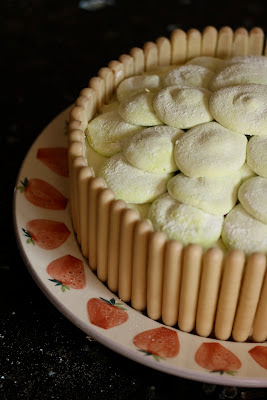 For a couple more write-ups of the morning and some more delicious cake pictures have a look at these accounts by fellow bloggers The Afternoon Tease and Miss Igs.